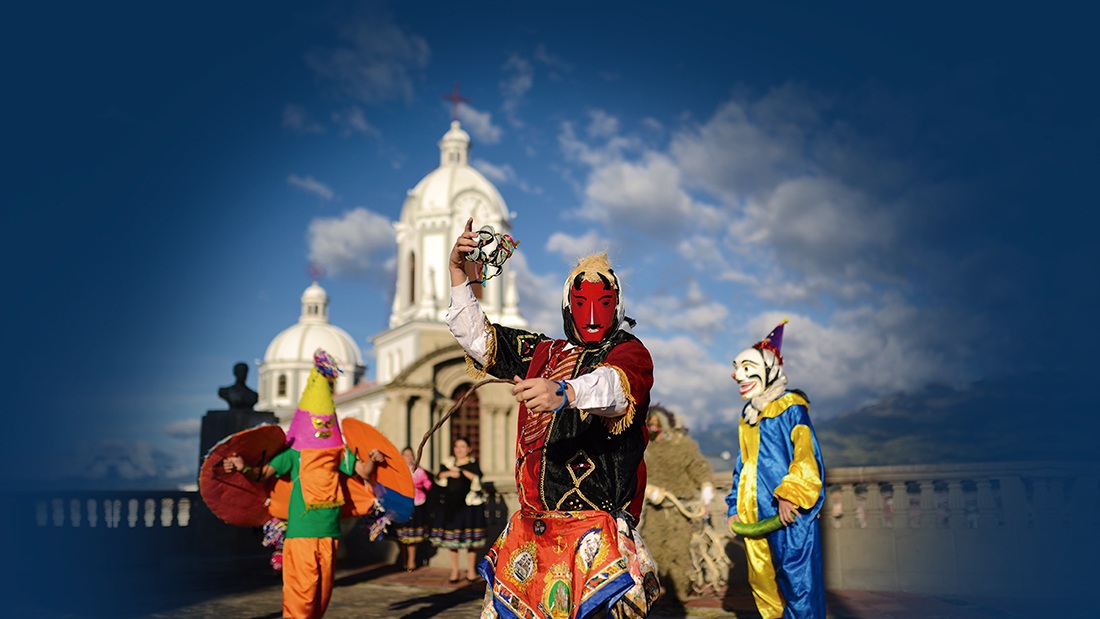 Riobamba in Ecuador is surrounded by beautiful elevations such as the Chimborazo volcano, the highest in Ecuador and closer to the sun in the world. We invite you to visit the local tourist attractions in Riobamba, The Sultan of the Andes.

Riobamba - Ecuador, is also known as "The Sultan of the Andes", astonishing volcanos are located nearby.  It is also known as the city of novelty, since  the first Constituent Assembly was held here in 1830 , it is also the capital city of the province of Chimborazo , one of the 24 provinces of Ecuador.

The foundation of Riobamba took place on August 15, 1534 by Diego de Almagro, in the sector known today as Colta.

Riobamba suffered a strong earthquake in 1797, the new and definitive plain of Tapi was moved, where there was an opportunity to trace the renaissance city according to modern and better urban conceptions, a work to which the Baron de Carondelet dedicated his efforts.

On November 11, 1820, the Riobambian patriots declared Emancipation for Spanish rule. The background to previous attempts and the example of freedom struggles throughout the Americas encouraged these patriots to keep trying and their efforts paid off. The city of Riobamba became the communicational axis between the mountains and the coast because it is located in the central part of the country.

The most important popular festivals in Riobamba are:

How to get here? Dare to know and visit the beautiful city of Riobamba, we will provide you with some directions to get to this wonderful place.

It is the city of the inter-Andean region that has the best and most well maintained and attractive parks. Neoclassical architecture can be seen on the facades of monuments and buildings.

Riobamba is a wonderful city that has beautiful tourist places and a wide culture, history and tradition. It has even been able to overcome natural disasters such as earthquakes.

Riobamba is declared as "the railway capital" of Ecuador, it is one of the first heritage cities, considered the first city for having the first Catholic Church the first Olympic stadium, and for it is the city where the first Constitution of Ecuador was signed.

The name Riobamba its meaning is "Broad Plain", from the ancient capital of the Puruahaes.

This beautiful city offers  a series of tourist places that will allow you to explore the city, we present you some alternatives.

What to do in Riobamba?

In this beautiful canton it is possible to do cultural, community, religious, adventure tourism and why not gastronomic tourism.

Gastronomic tourism is an important complement for the tourists since they can taste the exquisite typical food at their disposal. We should mention classic dishes such as:

In the vicinity of the city of Riobamba we can locate the Guano canton, it stands out for its famous artisans, but Guano is also chosen because it is the ideal place for adventure. It has a museum where the Guano mummy is located.

Did you know that 20 specimens are under human care? They were rescued and remain in six wildlife management units, which are distributed in the inter-Andean region: Zuleta, Otavalo, Guayllabamba, Cotopaxi, Cuenca and Baños. In Ecuador, the condor is considered an emblematic bird and is part of 2 national symbols: the flag and the national shield.